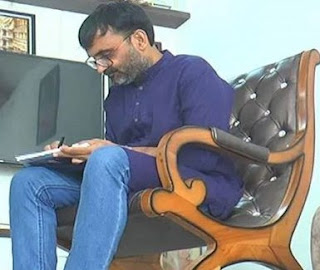 A teacher from Banaskantha who started writing unspoken stories and songs in 1999 to get his students to read. However, the teacher has so far achieved unparalleled achievements by writing a total of 3,236 unspoken children’s stories, earning a place in the Asia Book of Records, including Limca and Guinness.

A teacher named Bhavesh Pandya, who works as a teacher in Sanav village primary school in Deesa taluka of Banaskantha district, has composed a total of 3,236 unspoken stories and songs since 1999 during his tenure as a teacher.

The important thing here is that seeing this talent of Bhaveshbhai, he has achieved many achievements including Limca, Guinness, and Asia Book of Records. Bhavesh Pandya himself is a resident of Megharaj village in Sabarkantha district. He was working as a teacher in Sanav village primary school in 1999.